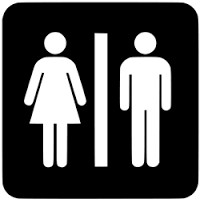 Last year I successfully defended a number of drivers charged with failing to provide a urine sample when required to do so by police during a drink drive investigation. It has become a specialism.

Last year I successfully defended a number of drivers charged with failing to provide a urine sample when required to do so by police during a drink drive investigation. It has become a specialism and these cases require a high degree of technical skill and know how.

The law is easily explained using a couple of examples, based on prosecutions I defended.

Late one afternoon police stopped a driver on a main road in Surrey because they were concerned about his driving. The officers suspected he had been drinking and as part of the investigation into whether he had actually been doing so they and required him to provide a sample of breath into a roadside screening device.

Unfortunately the officers didn’t have any devices with them in the car and had to call for another police vehicle to bring one. It took about half an hour for one to arrive after which the driver provided a positive sample, but was only just over the limit. He was at this point arrested on suspicion of drink driving.

The arresting officer decided the driver should be conveyed to a police station in a cell van rather than his police car, a decision that was never quite understood. He called for one and it took quite a while a while to arrive. By the time the driver was on his way to the police station he had been at the roadside for about an hour.

He was handcuffed placed in the cell van and off he went.

So much time had passed that he was now desperate to empty his bladder. His normal bodily functions had not put themselves on hold, and he tried to attract the attention of the driver to ask him to stop. He was ignored. As the journey progressed he could not stop himself and to his embarrassment went in the back of the van.

On arrival at the police station he immediately told the officer what had happened and apologised, explaining he simply couldn’t help himself. His apology was accepted and he was taken into the station. He knew the officers wanted him to provide further breath samples as part of the investigation. However, the first thing he did was to ask for was a cup of water. He had had nothing to drink for at least a two hours and was very thirsty.

His request was refused and he was told he had to wait whilst he was booked in. After some time, he was taken into a room where the breath test device was located. At this point it was discovered the device wasn’t working properly and so the only options available to police were to require either blood or urine. No one medically qualified was available to take blood, so it had to be urine. The officer told the motorist he had one hour to provide two separate samples, which is what the laws requires and my client said he would do his best. At this point he was provided with small plastic cups of water which he drank, and he kept on drinking. The problem for him was that he was so dehydrated that his body simply absorbed the water and produced no urine. Try as he may during that hour, he could not produce any urine, let alone two samples.

Police have to stay in the same room and being watched and reminded of the passage of time (you have 15 minutes left!) makes it more difficult at the best of times. When your body won’t produce urine, what do you do? His hour was up and that was that. He was charged with failure to provide urine.

In the Summer of 2016 a young woman was involved in an accident and turned her car over. Emergency services and police arrived and she was taken to a local hospital Accident and Emergency for a check over. Police followed the ambulance and her mother joined her at the hospital.

On arrival at the hospital she asked the officer if she could go to the ladies as she was desperate to pass urine, and he gave permission. As she was at a hospital the police could not take breath samples and so the doctor supervising her care gave permission for the police to take a sample of blood. However, a police doctor could not be found to do this. The officer decided she should provide urine, and she was given an hour to do so. The accident had made her very unwell and all the water she was given was brought straight back up and she was becoming more and more dehydrated. Her mother and a nurse accompanied her to the ladies lavatory where she was seen to try to produce urine, but she just couldn’t. Once the arbitrary hour was up, she was charged with failing to provide.

Both cases came to trial and both were found not guilty. The charge drivers face in such cases is one of failure to provide urine “without reasonable excuse”, and those words are vital. In both cases the reasonable excuse put forward was that they could not physically produce urine. Both were dehydrated and our bodies do not work to order when given an hour and no more to provide urine. Both had been seen to drink water and then to try to urinate. In both cases police knew they had urinated beforehand. When the reasonable excuse of “can’t go” is put forward the prosecution has to disprove it and that can be difficult when someone appears to have done their best in pressured and difficult circumstances.

What the court looks for is evidence of effort made too both drink and to produce, which can be as simple as standing over a toilet with a sample collecting cup ready. Courts have to accept that when the body is dehydrated it will not simply produce urine to order.