A new section of the Road Traffic Act 1988 has now come into force creating a number of new offences, all commonly referred to as ‘drug driving’. They have been on the horizon for quite a few years and now they are here.

Drug driving as such is not completely new because it has long been unlawful to drive whilst under the influence of drugs. That offence was created by Section 4 of the Road Traffic Act 1988 and remains in force alongside the new offences. It requires evidence of impairment, usually established by failing a field impairment test or visibly impaired driving combined with evidence of a drug of some kind in the body.  Such impairment can be caused by both illegal and prescribed drugs.

Now for the first time it will be an offence to drive, attempt to drive or to be in control of a vehicle on a road or public place if you have a controlled specified drug in your body above the specified limit for that drug.  It will no longer be necessary to show that driving was impaired as a consequence.

This brings drug driving into line with drink driving and most of the procedural safeguards and principles will apply to both. The defences and ‘special reasons’ will apply to both. However, it should be noted that the alcohol offence is based on ‘consumption’ whereas the new drug offence merely requires presence of the drug in the body.  Drivers may well need expert advice when faced with a prosecution based on drugs that were unwittingly taken.

The new laws will make ‘morning after’ driving a much riskier activity because metabolic rates differ so much from person to person. If you take drugs recreationally at weekends you may be caught out on Monday morning!

The specified controlled drugs with their limits in blood are as follows:

Scotland has not yet set any specified limits.

The limits apply only in blood, whereas the main legislation applies to both blood and urine and anticipates the police will take samples of either. No limits in urine have been set so it remains to be seen how anyone will be prosecuted for exceeding the limits in urine.

Possession of any of the first eight is unlawful under the Misuse of Drugs Act 1971 and can be conveniently described as ‘illegal drugs’.

The remaining eight are prescription drugs or are contained in them. They can be obtained from doctors’ surgeries or pharmacies.

The specified limits for illegal drugs are much lower than for prescribed ones.  There is another fundamental difference between two.  Drivers who have prescribed drugs in the body over the limit have a defence if they show the following three things:

If the driver raises this defence with evidence to support it, it will be for the prosecution to challenge it and effectively disprove it.   This is rarely going to be easy.

The defence is not available if the driver has taken prescribed drugs without leaving enough time to lapse before driving or in quantities or frequency against instructions.

The defence is not available if the prosecution alleges impairment. 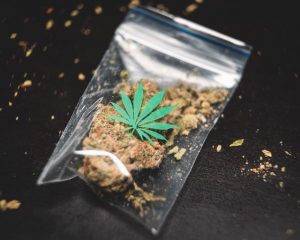 The police will use one of two approved devices for use to carry out roadside screening tests. These will test only for cannabis or cocaine in between 3 and 8 minutes using a saliva swab.

If positive, the driver will be arrested and asked to give blood or urine for analysis. That will go off for laboratory testing.

Penalties on conviction are the same as for drink driving.

Please get in touch with us to find out how I can help you.
Get In Touch
Copyright David Barton Motorists Lawyer 2022. All Rights Reserved.
Back To Top
We use cookies on our website to give you the most relevant experience by remembering your preferences and repeat visits. By clicking “Accept All”, you consent to the use of ALL the cookies. However, you may visit "Cookie Settings" to provide a controlled consent.
Cookie SettingsAccept All
Manage consent