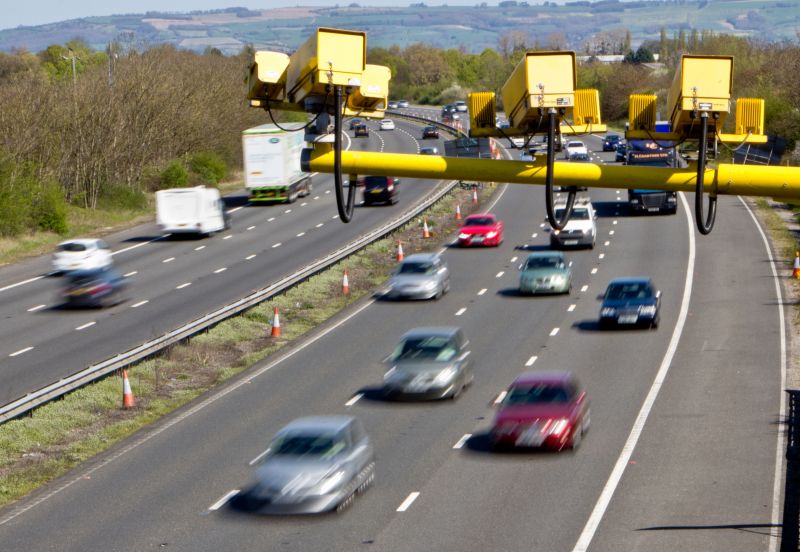 Those who use a number of Smart Motorways in the UK will be very familiar with HADECS 3 average speed cameras. They may be less familiar with how they work

Those who use a number of Smart Motorways in the UK will be very familiar with HADECS 3 speed cameras. It is short for Highway Agency Digital Enforcement Camera System 3, and is one the newest speed cameras to be installed on UK roads.

They are simple to operate and are very accurate. There is no limit to the number of motorists they can photograph. In total three photos are taken when a passing vehicle triggers the speed threshold of the HADECS. The photographs are then automatically encrypted and sent to be analysed by enforcement staff. Two of the pictures provide a secondary check of the vehicle’s speed as they show the position of the car in relation to the check marks on the road and allow enforcement staff to determine which vehicle is exceeding the speed limit. The third photograph provides a close-up view of the vehicle. Smart motorways employ variable speed limits, signposted on gantries.

Other speed cameras such as the Gatso have been a familiar sight for far longer and are deployed at fixed sites all over the UK.
So where can you find average speed cameras?

They have tended to be located wherever traffic speed has been identified as raising safety concerns, and very common for example along stretches of motorway where there are roadworks. They can in fact be located anywhere and be temporary or permanent. If they are to be increasingly used in urban or country locations they will be found as drivers enter and exit a location, a village or school for example.

VECTOR cameras double up to deal with other road traffic offences:

Only yellow VECTOR cameras are used for speed enforcement. They will become much more common as the cost of installation has dropped.

How do average speed cameras measure your speed?

Any average speed camera system requires at least two cameras linked together. There is no limit to the number of cameras that can be linked in one system nor is there any specific limit to how long an average speed camera network can be. This is a problem for motorists who lose concentration and speed up over a long distance.

When a car passes the first camera in a linked sequence, an image of its number plate is taken and used to identify the car when it passes subsequent cameras. As the car passes along the route, the time taken to pass between the cameras is recorded, and if this exceeds a set baseline, the vehicle details are submitted to a prosecution database.

Individual cameras don’t have the facility to measure vehicle speed – a car must pass a second camera for its average speed to be calculated. In a sequence of multiple cameras, it is at the discretion of the local enforcement agency as to whether cameras work in pairs or in larger groups.

Will I know if I’ve been recorded by a camera?

There is no flash telling you that a photograph has been taken, so you won’t know until a  Notice of Intended prosecution arrives through the letter box. Average speed cameras use invisible infra red to capture details. There is no double flash as a GATSO is triggered.

The average speed cameras will record you, whether you are exceeding the speed limit or not. Your vehicle details are analysed if the speed limit is exceeded, otherwise you are ignored.

Is there an average speed camera tolerance?

There is a good deal of myth about this. The short answer is that its completely down to the individual police force. Some apply a zero tolerance and others a degree of latitude depending on prevailing traffic conditions. All you need to be aware of is that a network of average speed cameras that measures the time it takes you to complete a set journey will provide all evidence required to secure a speeding conviction.