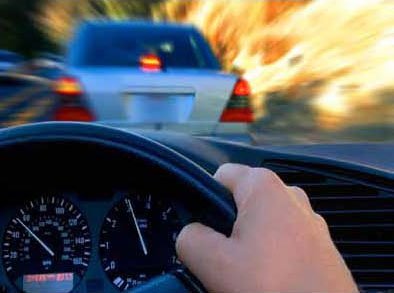 Until recently there was no separate offence committed by those who cause serious injury when driving dangerously. Prosecutions have been confined to cases involving fatalities, or to dangerous driving on its own.

Until recently there was no separate offence committed by those who cause serious injury when driving dangerously. Prosecutions have been confined to cases involving fatalities, or to dangerous driving on its own. The Courts took account of injuries only when sentencing.

With effect from the 3 December 2012, a new driving offence of causing serious injury by dangerous driving came into force under the Legal Aid, Sentencing and Punishment of Offenders Act 2012 (LASPO).

The Road Traffic Act of 1988 is amended by Section.143 of LASPO by inserting a new Section 1A:

‘A person who causes serious injury to another person by driving a mechanically propelled vehicle dangerously on a road or other public place is guilty of an offence’.

The definition of dangerous driving remains the same and will apply, for example, to driving with alcohol, texting and telephoning, dangerous overtaking and prolonged bad driving. There is no fixed list of what constitutes dangerous driving. There are two testes – it must firstly be driving which falls far below what would be expected of a competent and careful driver, and secondly it must be obvious to a competent and careful driver that driving in that way would be dangerous.

The term serious injury is defined in Section 1A(2) as any physical harm which amounts to grievous bodily harm and so juries will be looking at both the standard of driving and the injuries caused. These may be difficult cases. There is no limit on the definition of “another person” and so it includes anyone in another vehicle, a pedestrian, or someone in the drivers own car.

The offence is an either way offence, meaning it can be heard by either Magistrates or Crown Courts depending on the facts and seriousness. Magistrates will decline to deal with the offence if they think their sentencing powers might be inadequate. In the Magistrates Court the offence carries a level 5 fine and/or 6 months custody with a mandatory disqualification period of at least 2 years (unless special reasons are found not to disqualify) and endorsement.  An extended retest is also mandatory.

In the Crown Court, the maximum penalty is 5 years imprisonment and/or a fine with a mandatory 2 year minimum period of disqualification (unless special reasons are found not to disqualify) and endorsement.  An extended retest is also mandatory.

CPS guidelines suggest the charge should only be used in cases where the level of injury is most serious and has occurred as a result of an incident involving a mechanically propelled vehicle being driven on a road or other public place. “Roads” are widely defined and might include a car park, depending on the facts.

The following are examples of circumstances that are likely to be characterised as dangerous driving are derived from decided cases:

It is not necessary to consider what the driver thought about the possible consequences of his actions: simply whether or not a competent and careful driver would have observed, appreciated and guarded against obvious and material dangers.